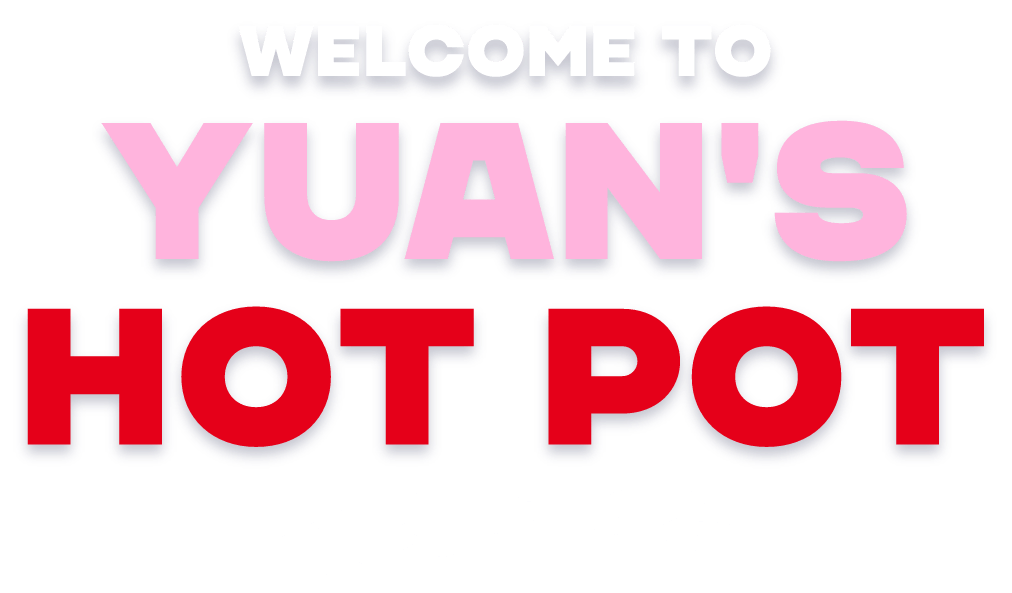 Skewers with fresh ingredients such as vegetables, bean curd, meat and fish are placed into one pot of hot delicious broth to cook all together at the table. Whether it’s the taste of home or a culinary adventure: it’s the hot pot that brings us together. So: bring your friends, family and start your adventure. We know the best things happen over hot pot.

spice up your day

We are the first restaurant in Amsterdam with Chengdu Hot Pot (Chuan Chuan Xiang) concept. We provide the family secret recipe soup base and dishes.

The soup base of Yuan’s Hot Pot consists of premium ingredients, and it is prepared from a secret recipe that has been passed down from generations.

Then choose your sticks! We have a very diverse selection of fresh ingredients which comes from local Dutch farms and we use as much seasonal produce as possible.

By sharing Chengdu’s love for food & creative culture with Amsterdam: the city that loves music, art, freedom, subculture, history, food and is open-minded, alternative and tolerant, we hope to spice up your life. A little bit of Chengdu and a little bit of Amsterdam in the pot.

”
“
They pamper their customers with much kindness and their secret family recipe and dishes. Sounds good right? A recipe that has been passed down from generations must be good!

”
“
For adventurous eaters, there are also plenty of options to challenge your palate (...) this is about as authentic as you’re going to get in Amsterdam

”
“
Not only is the food at Yuan's Hot Pot tasty, healthy and fresh. But it's also fun and unique to taste and try it together or with a group

”
“
The first and for the time being only hotpot restaurant in Amsterdam can be found in the Rivierenbuurt (...) Reservations are recommended, because it is often packed at Yuan's Hot Pot

”
“
At Yuan's Hot Pot, the stock is prepared according to a secret family recipe. And you can say they have experience [with that] (...) The first was opened in Chengdu in 1996

”
“
Yuan’s Hot Pot makes you feel like you are in China! (...) This place is a true communal experience in an authentic atmosphere

”
“
How wonderful is the feeling of your steaming Hot Pot and in this being able to cook your dish yourself!

”
“
Cook it yourself in a spicy or normal broth. At Yuan's everyone is welcome to eat and cook Chinese food